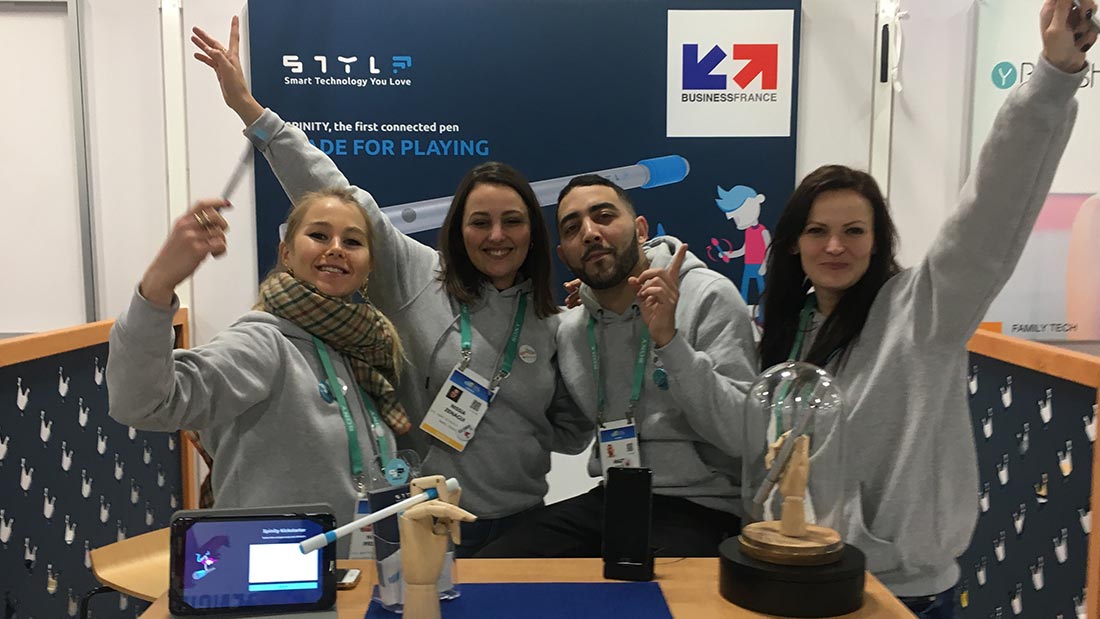 Barbara Sapik is the founder of Styl, who joined ADVANS Lab at the end of 2019. She presents to us the start-up and its product, Spinity.

Please introduce Styl to us…

STYL – Smart Technology You Love – is a start-up founded in June 2017. We were part of the Station F startup campus, before joining the ADVANS Lab last December. Zacharie, our technical director, is also an electronic engineer at ELSYS Design.

What do you propose?

Our product is called Spinity. It’s an augmented pen that we’ve turned into a smartphone gamepad. It’s like having a PlayStation® in your pocket. We follow the movements of the pen in real-time using sensors and we translate them into our application which implements augmented reality.

How did the idea come about?

We had two starting points. First of all, people are spending more and more time in front of their screens, which generates many pathologies, for example, carpal tunnel syndrome. To try to limit these disorders, our idea is to give back to these people the pleasure of using real objects, for example, a pen, and to do it in a playfully way; this is precisely our second focus.

Do you know pen spinning? This is what most of us did in our middle/high school years with the ink eater-rewriter we would use along with our fountain pen for example.

Actually, it is a discipline practiced by millions of people around the world, with a whole community of players ready to spend several hundred Euros to personalize their pens. Paul, our product designer, is the most talented of us, he performs quite impressive “tricks”!

What does the partnership with the ADVANS Group bring you?

It is a key partnership. The Spinity prototype is ready and we will soon go into the industrial phase. Having a partner with such technical expertise represents great added value for us.

What’s the next big step for STYL?

We will soon launch a crowdfunding campaign on Kickstarter. So I invite you to follow us on social networks (@meetSTYL) so as not to miss its launch!